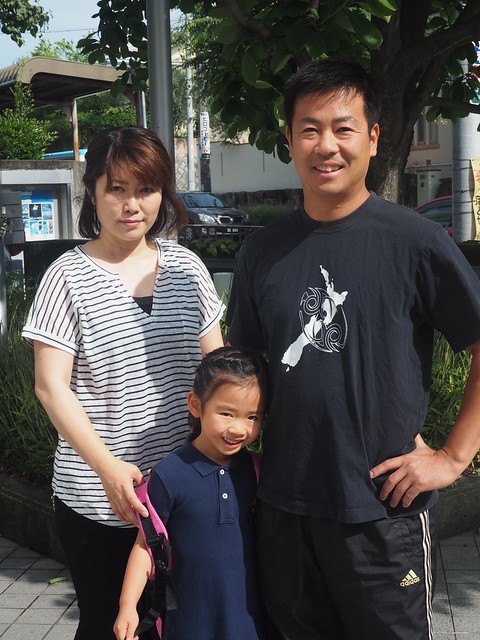 Senri & Osaka International Schools physical education teacher, Mr. Munetaka Sagara is the faculty member in charge of the dormitory. He lives in the dormitory with his wife, Saori, who is the dorm mother on Fridays and Saturdays. Sagara Sensei is a native of east Osaka and graduated from the National Institute of Fitness and Sports in Kanoya, a city on the Japanese southern island of Kyushu. After university he worked at International Pacific College, a university in Palmerston, New Zealand in the role of student support officer. His job was to assist Japanese students feeling at home in New Zealand. Mr. Sagara is fluent in English and Japanese. After over 3 years in the position, he came to SOIS in 2001 and is teaching PE. He loves sports and was a basketball and rugby player when younger. He coaches many Saber sports. I’ve watched him teach the Japanese martial art of Kendo to his classes and can attest to his athleticism. He is also an OIS parent with his beautiful daughter in grade 1 for the 2015-2016 school year.