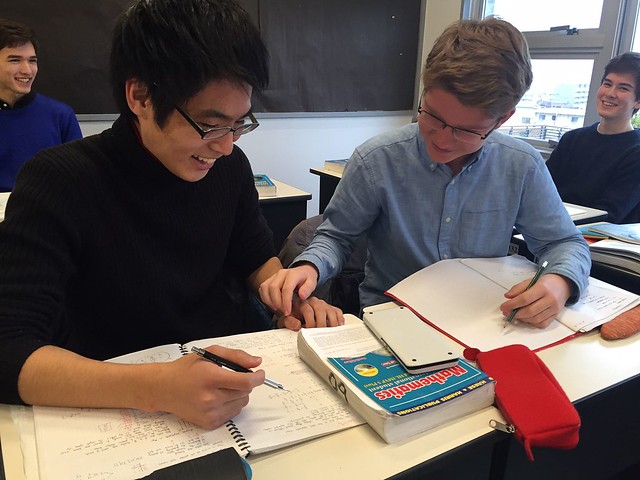 OIS students in grades 10 and 11 completed the PSAT (preliminary scholastic aptitude test) on October 14, 2015. This month the results will be mailed to the students but schools have access to the scores online. The PSAT is a preparatory test for the SAT, which is used by many universities in the United States and other countries for admission decisions. Both tests are written by College Board, a non-profit organization dedicated to “connecting students to college success and opportunity”.

The faculty and administration were especially interested in these PSAT scores because it was the new version of the PSAT. The SAT test is changing formats this spring and the October 2015 PSAT test, which prepares students for the SAT and gives them an indication on how they will perform, was the first administration of the new test format. The changes in the SAT are claimed by College Board to reflect more accurately, high school curriculum. They are taking heavily from the American “common core” standards. The common core are a set of clear college- and career-ready standards for kindergarten through 12th grade English language arts/literacy and mathematics. Many states in America are adopting the literacy and mathematics common core standards. The new SAT is supposed to reflect what the students are learning in school and is more similar to the ACT, the other big admissions test used by North American universities.

OIS counselor Melissa Lamug will meet individually with all the students to go over their results. The PSAT results come with booklets that explain the answers. OIS testing coordinator, John Van Plantinga has many resources for students who want to improve their scores or prepare for the tests.

We are a College Board testing center and we administer the SAT several times a year. Our SAT sessions on May 7 and June 4 will be the new version of the SAT that debuts internationally in next month.

Congratulations to our students on their fine performance on the PSAT!

Everything You Need to Know About the New SAT New York Times October 28, 2015 (link)